What is minimal web design and how does it work properly? These are the questions we answer today. It is not only about the design, but also about the minimal as an overall concept. It does not originate from the design and is not limited to it.

Minimalist design is in. All flat design approaches, material or fluent design, and whatever else they are called, are moving in the direction of minimalism. However, it is essentially about minimalism in the representation. Icons are visually simplified, colors are greatly reduced, pages are given a lot of whitespace. This makes modern websites look more balanced, calm and manageable. That’s good. But only if you don’t leave it at that.

Minimalism as a philosophy of life

Minimalism or simplicity or essentialism – three words for the same approach – describe the conscious reduction of what is available to the absolutely necessary minimum. Whereby minimum is defined here as the desirable measure, not as a just acceptable lower limit. 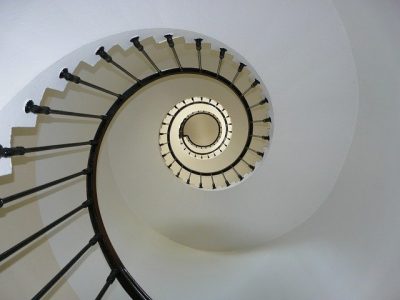 In terms of life itself, minimalism describes the extensive renunciation of superfluous consumption, the appreciation of the remaining possessions and the mindful perception of one’s surroundings. The apartment of an essentialist shines with a lot of whitespace. The few pieces of furniture are carefully chosen.

There is no cluttered bookcase, nor are there other collections of items that only take up space. There are no clothes from the last thirty years stored in the basement, and there are no inventories of things that might be needed someday.

The minimalist doesn’t need 600 Facebook friends and doesn’t care if only one person follows him on Twitter. In relationship matters in a broader sense, too, less is more. Only real friends remain, which on the one hand gives more time for those remaining and on the other removes a lot of superficiality from life.

People who have discovered minimalism for themselves often feel happier because they can oversee their lives, do not feel driven and are mindful in dealing with themselves. Unfortunately, there are far too few of these types of people, because their lifestyle runs completely counter to what the advertising industry throws at us with brute force on a daily basis. You’ve probably already noticed that consumption alone doesn’t make people happy. All the more astonishing that the advertising industry is nevertheless so successful. One thing we can say with certainty: minimalism works when it is implemented consistently.

Minimalism as a design philosophy

It is nothing less than logical: the simpler the design of a product, the simpler its operation, the lower the threshold for the potential operator to deal with the product. Nobody likes to read manuals. That’s why it’s not only important to write a good manual, but above all to make sure in advance that there are as few elements requiring explanation as possible. The manual will then be correspondingly thin.

You have surely realized by now what I am getting at. Minimalism exists on all levels. It is always possible to simplify something further. However, you should always keep in mind Albert Einstein’s famous saying: Make things as simple as possible, but not simpler.

n web design, you are of course fully in the trend, if you stick to one of the modern design approaches and thus optically deliver a minimal web design. However, this rather superficial consideration of the layout, the pure optics, is not sufficient to be able to speak of a true minimalist web design.

This requires further elements. Especially in web design, the mistake is often made, often customer-induced, to want to fill websites with any existing content. This is based on the idea that the web offers unlimited space. So why shouldn’t there be room for the 2009 annual report? It doesn’t eat bread.

In general, content should only make it onto a website if it meets the previously defined goal and presumably contributes to its achievement. Finally, it should be noted that for the best possible results, we need the highest possible attention from the website visitor. If we distract them with irrelevant content, we are not doing our visitors or ourselves or our customers any favors.

Just apply this consideration to all elements of the website and you will achieve a lean, fast, efficient presence that is promising from all conceivable aspects. You don’t need a lot of images. Images slow down the page load. The images you use should be sent through a minimalizer like TinyPNG or JPEGmini beforehand. You don’t need many colors either. Less is more. When it comes to colors, make sure that the elements you want to declare the trigger of an action (CTA) have a dominant color that none of the other elements have. At the same time, none of the other elements should have a similar dominant color.

If you are going to use drop-down menus, please don’t use ones that offer additional flyouts within the second level, which is the actual drop-down. This is not in the interest of clarity and offers the visitor far too many alternatives to be able to concentrate on one action. At the same time you can bury the idea of creating a sidebar.

In the end, you have a rather small website, both in terms of overall size and file weight. This is good from an SEO point of view, but also from a conversion point of view. And our planet is happy as well. In the end, it may seem kind of strange to you that you haven’t created a bolide. And it’s quite possible that your customer is also irritated at first. Then simply explain the concept of minimalism to him. He will thank you for it.

What does a software engineer do?